In Creating a Service and a Client we have seen that it is possible to specify the list of the available operations within a port definition. Such a definition is quite coarse since it does not specify the types of the exchanged messages (more precisely, by omitting information on types, we implicitly set the type of the operation to the undefined type).

Using interfaces it is possible to specify the type of each exchanged message. In the following we define the interface for the service twice.

The interface can now be attached to a port by exploiting the keyword Interfaces. Let us save the interface written above (TwiceInterface) into a file called twiceInterface.iol (usually, .iol files indicate Jolie files that provide information to be included in other Jolie programs, like interfaces and ports). The declarations of the ports in our example now becomes the following:

A more detailed explanation about interfaces can be found at the section Interfaces. 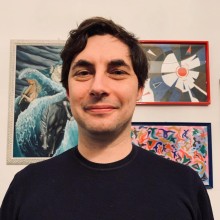